Kyoto is one of the most beautiful cities I’ve ever been to, with its fusion of modern and traditional Japanese architectures. As a former capital of Japan, it seems Kyoto is where the heart of Japanese culture resides. It has countless old temples, traditional wooden houses, imperial palaces, and picturesque gardens. Walking in the streets of Kyoto brings so much awe and wonder that it took all the pain away from my tired feet and the freezing cold.

We went straight to Kyoto after arriving at Narita Airport. The trip took a total of almost 4 hours. We took the JR Narita Express from the airport to Tokyo station and took the Hikari shinkansen from Tokyo station to Kyoto station.

We passed by Mt. Fuji while riding the shinkansen on the way to Kyoto. 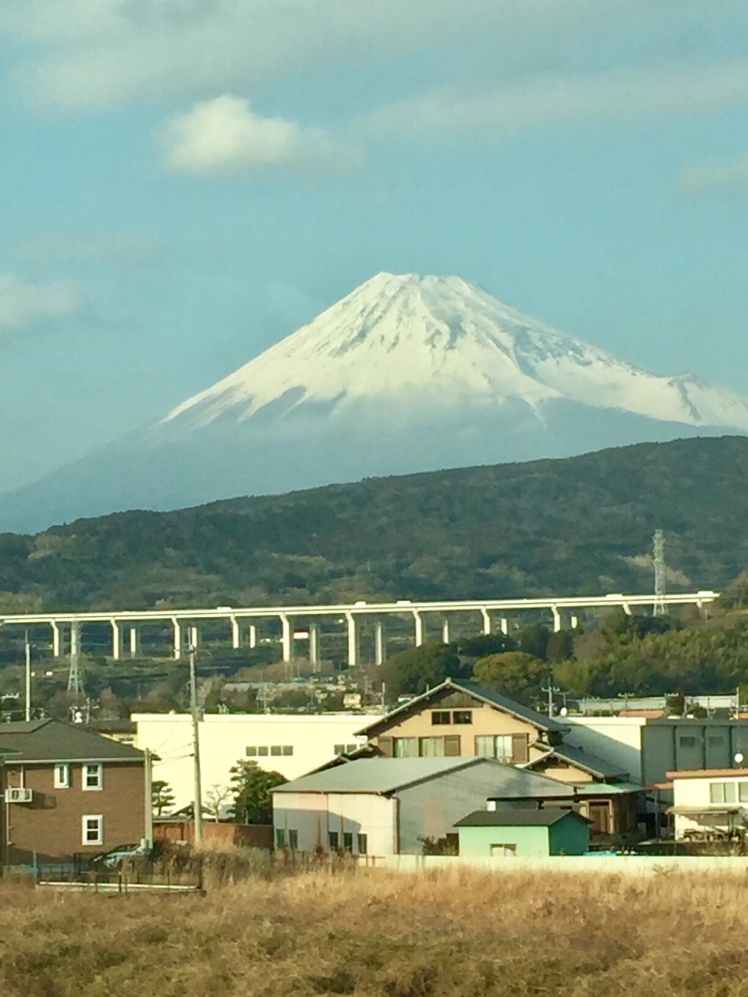 We stayed near Gion. Our apartment, booked through Airbnb, was excellent. We had to take a bus from Kyoto station to Gion.

It was already dark when we arrived but it didn’t stop us from strolling the streets of Gion, which was like a walk back in time with its numerous traditional wooden houses, shops and restaurants. 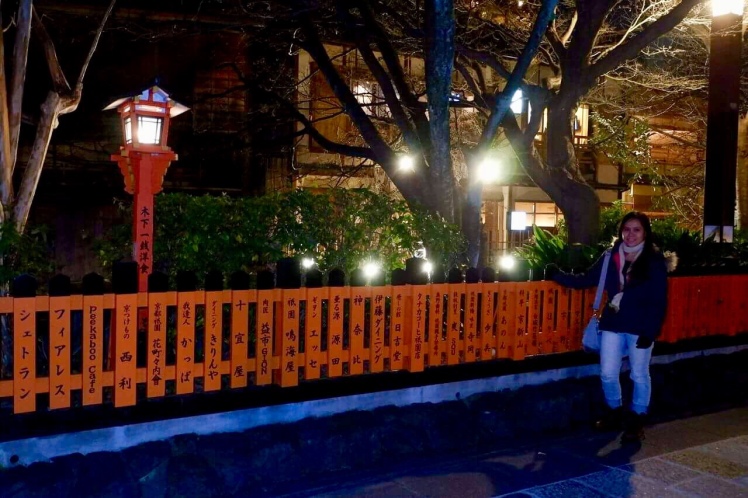 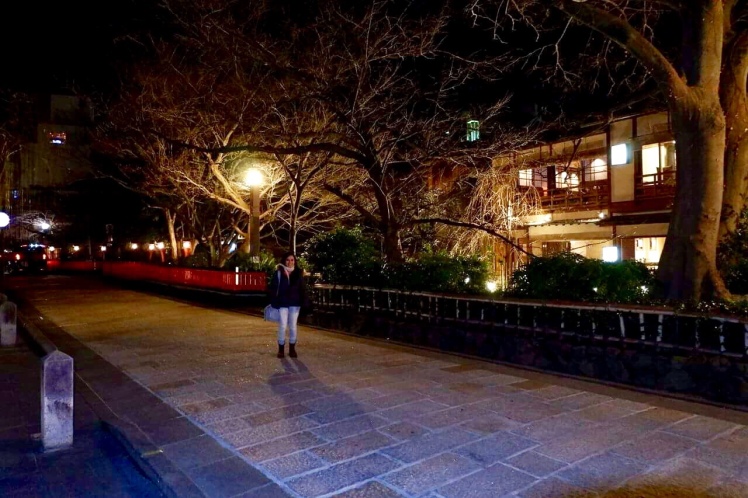 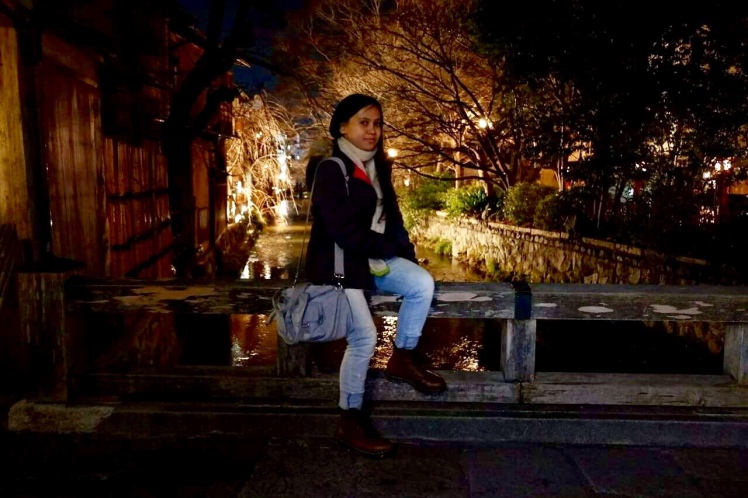 In the morning of the following day we went to Fushimi Inari-taisha, one of Kyoto’s most popular shrines. It was a Sunday so there were a lot of people. There are many food stalls outside the shrine so lunch wasn’t a problem. 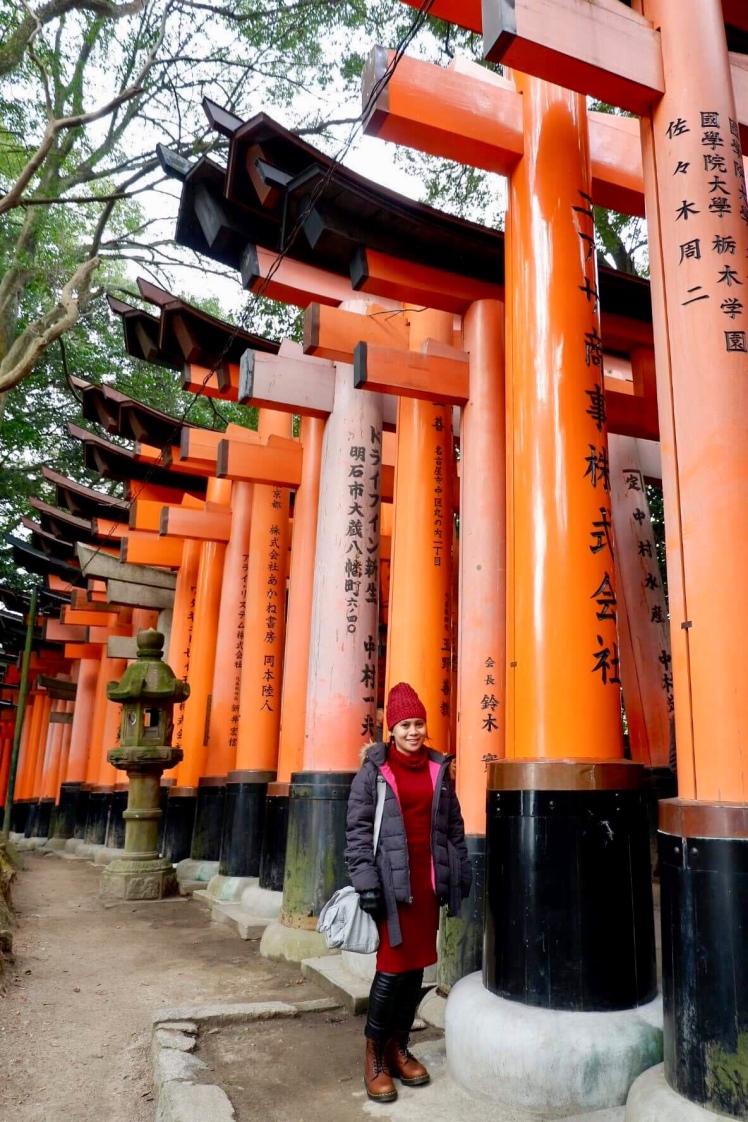 In the afternoon we went to Arashiyama Bamboo Forest. It was one of my favorite places in Kyoto, and if it weren’t for the crowd, the place could have been very peaceful and serene.

At night we explored the streets and markets near Gion. 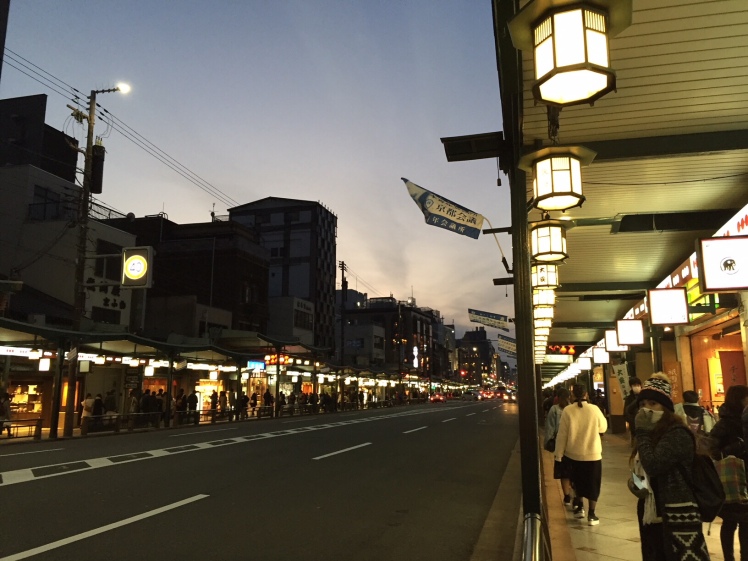 In the morning of the third day we walked all the way to Kiyomizu-dera and walked back to our apartment through a different route. Too bad we were unable to enter Kiyomizu-dera because it was under renovation. We passed by several temples on the way back that I can’t remember all their names, except for Yasaka Pagoda and Chionin Temple which was the closest temple to our apartment. It was a very long but equally rewarding walk. 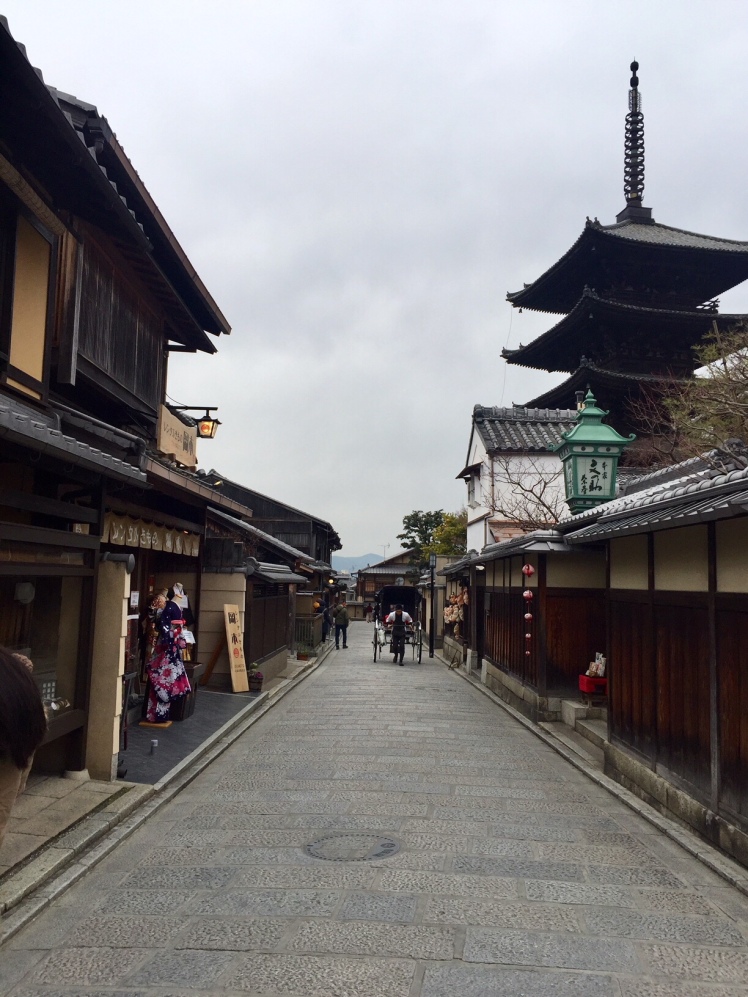 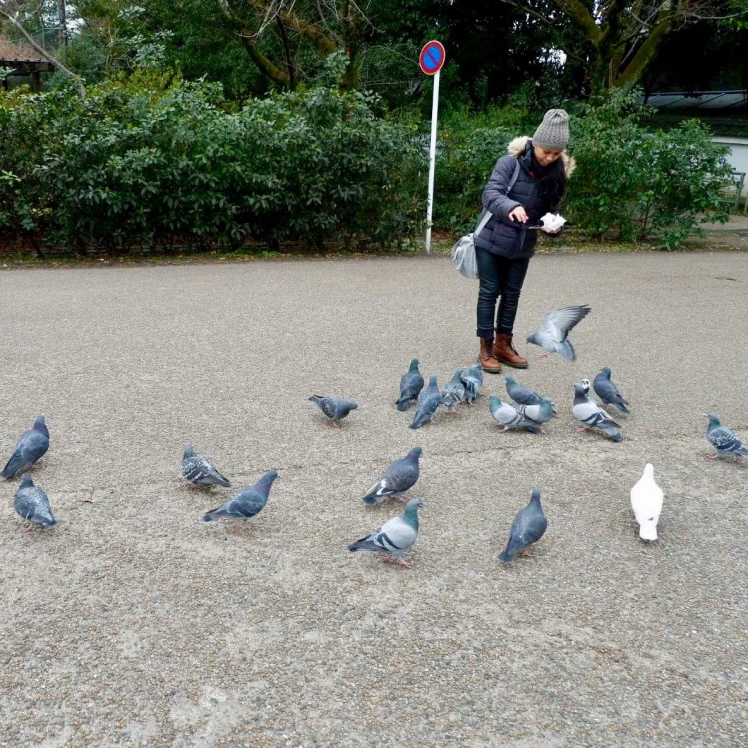 In the afternoon we went to Kinkaku-ji, known as the Golden Pavilion. It was the loveliest temple I saw in Japan. Sitting on a beautiful lake, it makes a postcard-worthy scenery. 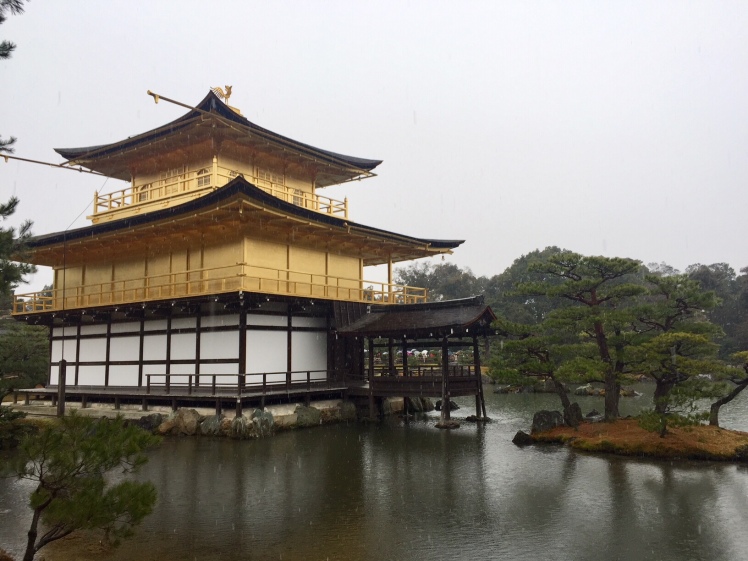 It was raining and snowing a little but it didn’t mess with the beauty of the temple.

Osaka is about 30 minutes away from Kyoto by train, so we didn’t have to leave Kyoto in order to visit Osaka on the following day.

I had a heavy heart when we left Kyoto. It was the place where we stayed the longest during the trip in Japan, but not long enough for me.

There are two unforgettable lessons I learned during this trip. First is that I still sweat no matter how cold the temperature is. It was below zero in degrees Celsius when we climbed the nearly endless steps of Fushimi Inari-taisha, when we climbed uphill towards Kiyomizu-dera, and when we got on the wrong bus in Kyoto station after the trip to Osaka and we had to walk for about an hour but I still managed to sweat a lot. My companions were wondering why I was doing laundry every night in Kyoto, since thermal base layers are expensive and I didn’t bring enough to last for 8 days. But it seems I was the only one who was sweating. Life is unfair.

The second lesson is about the politeness and courtesy of the Japanese people. I have never met more polite people in my life. Every time I drop something it always comes back to me because a Japanese would always pick it up and hand it over to me, whether in the busy streets or in the crowded buses. They never refuse to help, and every time we ask for directions they would go out of their way to show us the way. When they have trouble describing in English, they would guide us to the location. When we got on the wrong bus on the other end of town the bus driver did not make us pay the fare and directed us to the correct bus. There was never an instance when we were conned for money or overcharged for anything, something very common in countries like Thailand and even in the Philippines. They take their jobs seriously, and sales clerks are always smiling and ready to help, and they don’t yell at you or frown when there’s a misunderstanding. I have heard before that the Japanese don’t take tips, and that seems to be true. They value honesty. In Kyoto the Japan Rail employees don’t even check our JR passes and let us pass as soon as they see our cards. We thought we could use the pass even if it’s already expired, but it doesn’t work that way in Tokyo. There are too many tourists in Tokyo, and it seems they had too many bad experiences with dishonest tourists in Tokyo that they have no choice but to check the JR passes. Above all, the Japanese are mindful of other people. They are the epitome of the golden rule. It is true that their trains are very quiet because there are people sleeping, and they only talk in low voices. They don’t cut in lines. They don’t bump into other people unless if you’re blocking the way during rush hour. They clean the table after eating and throw their garbage properly. Their sense of discipline is outstanding. I thought that if all people are like the Japanese then the world could become a better place.